October Films: American communities in Spain are wanted for Auditions & Casting in a TV Show 2018 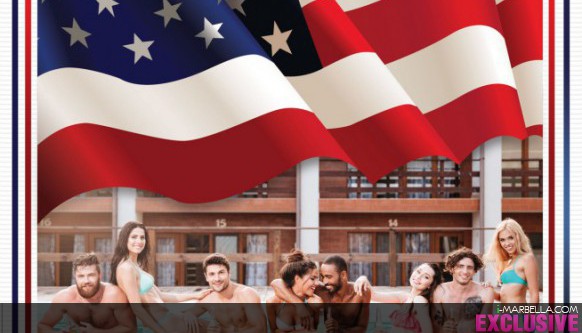 American expats: Why did you decide to leave the USA and start a new in another country? October Films thrilling new project aims for a US TV Show in Marbella July 2018 Source: October Films


The independent television production company October Films based in London is searching for US expats in southern Spain to create a new TV series breaking down the ups and downs of living in Spain. July 11th, 2018

The British company is looking for English speaking American families, couples and/or individuals to document the ups and downs of a lifetime in Spain.

The series will follow the selected people's lives in order to capture the beauty of the area, the excitement of the social scene and the joy of living and working in a faraway land as Spain.

For this particular project, they are casting internationally in all countries with American language or trade. Once we find the favorite group we will then decide on the filming location.

October Films is behind award-winning shows such as Walking the Nile, Dangerous Borders; Annie: Out of the Ashes, Outrageous Acts Of Science, Rude Tube, From Russia to Iran: Crossing the Wild Frontier, Mygrations, Jodie Marsh on Drugs, and Barbarians Rising; to name just a few.

They produce a wide range of programming for both sides of the Atlantic including factual, high-quality history, current affairs, factual drama and of course entertainment programming for all the leading US and UK networks such as Discovery, BBC, TLC, National Geographic, MTV, Lifetime, BBC, Viceland and many more.

If you're a US expat living in Marbella or surrounding areas and wish to be part of this thrilling project. Please fill up the form at http://www.octobercasting.com/expats (All terms and conditions are stated there)

October Films assures they have a commitment of care to their talent and their stories very rigorous since there will be several steps/talks with the team before any individual is asked to take part in filming for broadcast. Aiming to let people know that they take people’s privacy very seriously. For full details of how October Films handles personal information please look at our Privacy Policy: https://www.octoberfilms.co.uk/privacy

They are experts in unique and powerful story-led content. From specialist factual, factual drama, hard-hitting current affairs and documentary to reality and entertainment, we aim high. Our work has earned us over 100 prestigious awards worldwide.

Over the last five years, we have significantly expanded in the USA, Canada and across Europe, producing over 100 hours of content outside the UK market.

Be part of the Marbella present, past, and future!