Outrage at BBC's decision to interview BNP on prime-time TV 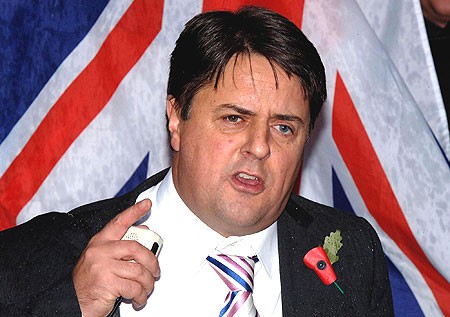 
The BBC has come under harsh criticism after agreeing to give BNP leader Nick Griffin a place on the panel of this week’s Question Time.

The story came to light after cabinet minister, Peter Haim, claimed the corporation may face legal action if they allow the controversial British National Party leader to appear on this week’s Question Time programme.
According to The Guardian, Haim sent a letter to BBC director general, Mark Thompson, claiming that the BNP was an unlawful body because it had breached race relation laws with its “whites-only” membership rules.
The Equality and Human Rights Commission issued county court proceedings over these concerns but action was adjourned after BNP leaded Griffin announced that a revised party policy was imminent which meant that the whites-only membership rules would be ammended.
The BBC maintains that their decision is based on obligations resulting from the party’s success in winning two seats in European parliamentary elections this year.
Griffin is due to appear on the programme alongside the justice secretary, Jack Straw; while anti-fascist campaigners plan to stage a protest during filming at the BBC TV Centre in west London.

Anna 21-10-2009 12:32 The BBC are full-filling their duties by giving the public a realistic picture of British politics - whether you like the BNP or not
0