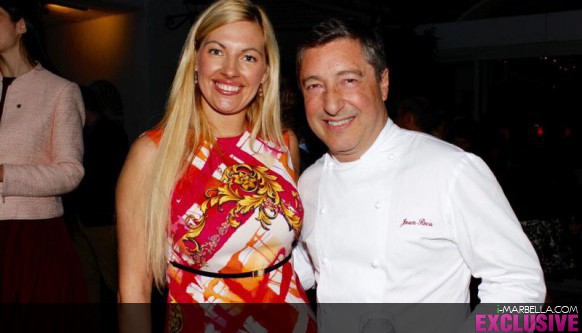 This year, Marbella will see the following brightest culinary minds coming together:

i-Marbella had a chance to ask Joan Roca*** (Celler de Can Roca - Girona) a few questions!

Mr. Roca, how does it feel to be working with your family?

The truth is that it's very rewarding... in our case, I cannot imagine otherwise.

When did you discover your vocation?

Many years ago now (smiles) when helping my mother at the family restaurant, and I just enjoyed being around the stoves.

Once you get a Michelin star, what's the next challenge?

We take stars and prizes as a mere recognition of a well done. Our daily work is the real challenge.

He studied in Escola d'Hosteleria de Girona, where later he became a teacher. He worked with his grandparents and parents in their family business, a restaurant of traditional catalan cuisine.

Today, Joan is the chef of his own restaurant, together with his two brothers, Josep (sommelier) and Jordi (pastry chef). He is elaborating traditional cuisine together with avant-garde techniques, which implies research of both modern techniques and traditional recipes. Some of the techniques he uses are Sous-vide, "Perfume-cooking", and Distillation.

Who is Annika Urm:

Annika Urm is a celebrity journalist, businesswoman, writer, public speaker, international influencer, the director of i-Marbella.com, and her job is to report emotional experiences and facts in the best possible way. Annika is a modern entrepreneur, a business lady of high standards and exquisite taste. Annika's incredible performance is best described by her numerous followers (more than 200,000.00 each month)

Her mission is sugar-free life and great awareness about sugar consumption consequences as diabetes and obesity.

A Cuatro Manos 2016 in Marbella: 'Chef of the Century' Joël Robuchon 32 Michelin stars