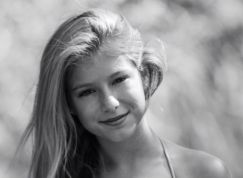 
Thoughts from the winners of the junior category.

The winner of the junior category was 14 year old Safina Usmanova from Russia who captured judge’s attention as well as audience with her amazing vocal and multilingual abilities, singing in English and French!

The Runner up was Annie White also 14 years old, from Gibraltar, with an amazing voice and perfect vocal abilities, the judges said that she is a name to remember for the future!

Reality Star Prize for the Best original Song went to Veronica Malka -14 years old, from USA, and the Best Performance prize was given to Tomas de La Rosa, a Rapper and Singer who really impressed with his charisma.

They awarded a special prize for the Youngest Performer to 9 year old Bogdan Rodionov from Russia, a great young talent who professionally handled the performance and the sound check without his parents and really impressed the organizers with his maturity and confidence.

All the winners of the junior categories are currently studying at Sotogrande International School, one of Spain’s leading IB schools. The success of the students at the competition reflects their commitment to nurturing talent, promoting excellence and empowering young people to be the best they can be.

We asked Annie White and Veronica Malka to share their thoughts with us about the contest.

What were your thoughts of the contest?

I believe that Reality Star was a very good experience for me as it was my first singing competition. I believe that it has given me a wider perspective of how life can be as a performer.

How will you use this experience in the future?

In future I will be more prepared for whats to come in situations like this competition as it was the first time I experienced the competitive aspect of singing. This experience has also made me stronger as it has made me handle constructive criticism in more of a mature manner as I take it in and try and to improve my passion and hopefully future career which is singing.

What recommendation would you give to future entries?

I would definitely advise future entries to be original as being different makes you stand out.For example, choosing an original song would create more of a chance for you to shine compared to the other contestants. I would also advise the future contestants to show the judges and the audience the different languages they can speak as it makes them more of an international performer which would mean they would have a larger public. I would also advise them to engage the audience in their performance. This is a very important aspect because no one likes a boring performance, right?

If I were to do the competition again, I would definitely take into account the advise I have mentioned above. I would also wish the future contestants the best of luck!

What did you think about the competition?

I really enjoyed reality star because it allows the performer to experience what it's like to be treated as a star. There are interviews, photo-shoots, judging panels and great prizes. The entire competition was so international, we had people from Spain, Russia, Germany, Belgium, Georgia, America and England. The whole experience was great and the people were so nice. We had guest singers and even a dance group which I was in, called Anna-Sologub Dance Group Marbella.

There was so much talent at the competition and everyone was different and unique in a good way. The whole atmosphere was wonderful and everyone loved the whole experience.

What advice would you give to future contestants?

Reality Star judges don't just look for great voices, they look for the whole package. So when choosing a specific song or look make sure it's got a unique perspective because the judges look for original artists. More than anything, have fun! The judges can tell when a performer is enjoying themselves on stage and the audience love someone who is feeling the music and loving every moment of their performance.

Last Year’s Reality Star Finalists – where are they now?