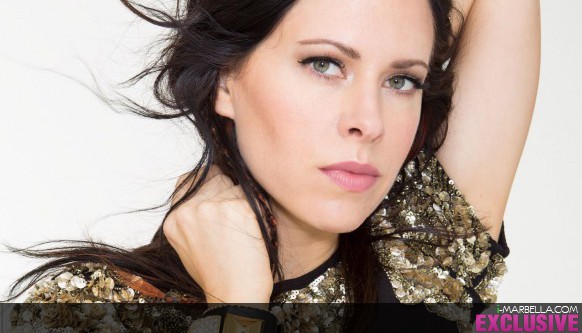 
Betsie Larkin, an American vocalist, songwriter, and guest writer/vocalist based in San Francisco, is coming to Marbella via Armin van Buuren on July 30!

In 2011, Betsie released her first solo album on Black Hole recordings. All We Have Is Now features collaborations with John O'Callaghan, Ferry Corsten, Super8 & Tab, Solarstone, Lange, Bobina, Sied van Riel, Bjorn Akesson, Giuseppe Ottaviani, and Rafael Frost. The album spawned a string of top 10 charting singles and Black Hole released a deluxe edition of All We Have Is Now that included thirty tracks, including remix versions and official videos.

i-Marbella had a chance to ask Betsie a few questions. Read on!

Music has been my passion since I was a teen, and I've always wanted to bring more beauty and feeling into the world through my work. Seeing people smile and dance, and knowing that I had a part in that, is really fulfilling.

What's integral to the work of an artist?

My best material was written while I was living. I think it's important to keep moving and exposing yourself to new people and situations. I've also benefitted a lot by continuing to learn throughout the journey - any skill that makes it easier to create is worth acquiring.

What art do you most identify with?

I'm a very visual person and have always been excited by fashion. My sister and I recently started a lingerie line called HoneyBuns. We only have one product at the moment, but I'm finding that creative process really fun.

Describe a real-life situation that inspired you?

Learning to meditate has done a lot for me as an artist and just in life. As artists it's important to go out there and live (so we can write about it), but having that reflection time can help with extracting lessons from all of the experiences... which is obviously valuable for more than just writing a good song.

What memorable responses have you had to your work?

I'm completely amazed by some of the messages that I've received about fans listening to my music to help them through depression, heart break, cancer treatments, or sometimes just staying motivated at the gym! Their messages are such gifts because, I of course have my struggles too... and you just can't feel bad about anything after reading something like that.

What is your dream project?

Oooh, that's a fun one! I'm thinking some combination of fashion show in a beautiful outdoor location with original music that includes a full symphony orchestra... yeah, that'd be sweet.

Name three artists you'd like to be compared to.

I know I won't be compared to these artists, because we're too different, but I'm a big admirer of Florence Welsh, Tove Lo, and Robert Smith. There's something so unique and genuine in their voices that really appeals to me.