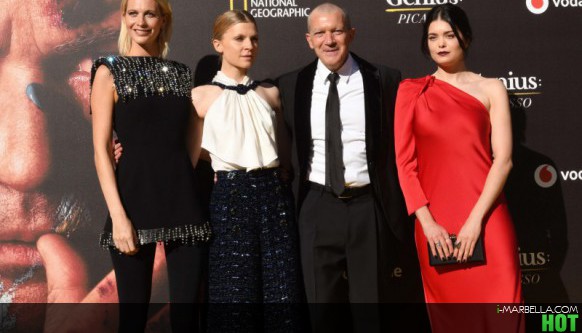 
On Tuesday, April 24 of 2018 at the National Geographic prime time the first two episodes of the series Genius that treats the life of important man in our history entered its second season, a tour of ten episodes through the life of the famous painter Pablo Picasso

The protagonist an actor from Malaga, Antonio Banderas, continues his extensive career embodying the famous painter making scenes that take place nothing more or and nothing less than in his own province.

The award-winning actor has also confessed that he took as something personal that Malaga was part of the 'Genius' series about the universal artist of the 20th century.

"I insisted on shooting in Malaga, it was a gift for me and for her to be able to bring Picasso back to the city that loves him so much" stated Banderas.

On his way, Alex Hirsch who plays the painter at his early age said that "Antonio Banderas and I worked very hard to square our movements and turn the two Picassos into one, he was an incredible person and we want to do him justice"

But Hirsch and Banderas are not the only stars on this set, renowned actors such as Clémence Poésy, Sebastian Roché, Robert Sheehan, Poppy Delevingne, Aisling Franciosi, Samantha Colley, T.R. Knight, Seth Gabel and Johnny Flynn.

The series was presented at a press conference in Malaga during an act in early March and is now visible every Tuesday at 20:00/21:00 hours in the Program of National Geographic Channel.

Check out NatGeo website to get more information about their research and programs: