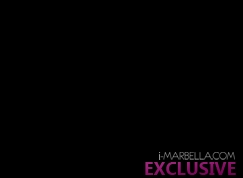 
Yi-Jia Susanne Hou (33) is a famous Canadian violinist. Born in Shanghai and raised in Mississauga, Hou grew up in a musical family, and at the age of 9, she studied at the Royal Conservatory of Music (Toronto). She went on to attend The Juilliard School. At Juilliard she completed BM and MM music degrees and received the Artist Diploma. She captured 3 gold medals with unanimous decisions at international violin competitions in France, 1999, in Italy, 1999 and in Spain 1997. Hou is currently playingthe 1735 ex-Fritz Kreisler "Mary Portman" Guarneri Del Gesù.

Sir Yehudi Menuhin referred to Hou as "absolutely phenomenal… one of the greatest young talents of the future…" and Jean-Jacques Kantorow, member of jury in the Concours International Marguerite Long-Jacques Thibaud said, “By the final round of the competition, Ms. Hou had the entire jury at her feet.”

The violin emerged in Italy in the early 1500's and seems to have evolved from two medieval bowed instruments. The earliest important violin makers were the northern Italians Gasparo da Salo and Giovanni Maggini from Brescia and Andrea Amati from Cremona. The craft of violin making reached unprecedented artistic heights in the 17th and early 18th centuries in the workshops of the Italians Antonio Stradivari and Giuseppe Guarneri, both from Cremona, and the Austrian Jacob Stainer. They brought the art of violin making to it's peak.

In Chicago, Illinois, there is a philanthropic organization Stradivari Society is a philanthropic organization, best known for its arranging deals between owners of antique string instruments such as those made by luthiers Antonio Stradivari and Giuseppe Guarneri, for use by talented musicians and performers. There has only existed 180 known violins made by Guarneri and now 115-120 known violins are left in pure preserved condition, because some have been destroyed through time.

Susanne Hou, one of the best violinists in our time, has played with over 20 Stradivari & Guarneri violins and the good news is she is coming to perform in Marbella at the Luxury Weekend on 2-5 June.

The history of the memorable violins Susanne has performed on:

i-Marbella met the great musician for an exclusive interview.

1. When did you start playing violin?

My parents are both violinists and the first words that came out of my mouth were:"I want to play with a violin!" But at that time I was too small to play one. By the time I was 4 years old my father started to teach me. He even made me my very first violin.

2. What does it take to be a professional violinist?

I would say hard work and constant practice. The talent is just 10% and 90% is hard work. The talent is only the semen and you have to grow it with love, give it some sun and water. But the most important of them is love.

3. When and where was your first performance?

The first one was in Canada - a duet with my father, when I was only 5 years old. In this city, there were only 20 000 inhabitants and we performed at a church, with -40 degrees outside!

4. When and where was your biggest concert?

It was actually in China on New Year's Eve with an audience over 10 000 people. I played the Guarneri violin, without any 'amplification' - microphones, etc. The concert hall was very big and to play there like this was only possible with a Guarneri violin. Because the bigger the hall, the better it sounds, no other violin is capable of doing that!

5. Why is the Guarneri violin so special?

The violin is of course handmade like by an architect. It has a history, personality, mood and it feels almost alive. And when I play it, it creates a dynamic between us! The violin has a new mood every day and I play with these and we get along perfectly! It's like how people get along with each other. The violins belong to the stage, so everybody can admire them. Actually, the difference with a Guarneri violin is that it sounds better with more audience, the other violins are not like that.

Stradivarius can be compared as the Rolls Royce of violins, whereas Guarneri is more like the sport car. The weird coincidence is, Mario Guarneri is also dealing with beautiful and extravagant sports cars in Marbella. The car dealer and the violin makers also come from the same village in Italy!

6. How did you get the chance to play this amazing instrument?

I entered one competition in Chicago. I went there with an empty violin box and came back with a 6 million dollar violin in it! Of course I had to get through the preselecting before the contest and there were a lot of people who wanted to participate.

7. What do you consider to be your biggest accomplishment?

I would have to say it was when I won my first gold medal in Spain at the Pablo Sarasate International Violin Competition and I was 19 years old.  I did not go to Spain to win or to compete, only to play the music I love in a new country.  I wanted to discover Spain and play the music I loved so that is why I went to the competition.  And my proudest moment was when my parents were proud of me when they saw my final round performance and were proud of me.  That meant more to me than the competition win. So the biggest accomplishment comes across as my parents being happy and proud of me, not winning the competition.

8. What are you going to play in Puerto Banus at the Luxury Weekend? Your own songs?

I don't write my own music yet, but I do improvise a lot for fun and for my friends too. I'll probably start writing something in the future. But on the Luxury Weekend on 2nd of June I'm going to play Vivaldi Summer.

9. What are your dreams and ambitions?

I have a lot of dreams, but they all come together in the same boat. I want everybody to find their own path and lives. I want to understand the big picture - who we are, why are we here. I think through love, humanity and also art we can get closer to this and it brings people together. We are all so important and at the same time so unimportant, but each of us can change the world in a big way and then also do nothing for it. I try to do it through music.

10. Do you think music is a national language?

11. What are your other passions?

There are quite few - love, music, cars, food, people, dancing, life and of course chocolate! I'm a huge fan of chocolate.

The outstanding violin being used by Yi-Jia Susanne Hou is the ex Mary Portman, Fritz Kreisler Giuseppe Guarneri del Gesù, Cremona, c. 1735 on extended loan from Clement and Karen Arrison through the generous efforts of The Stradivari Society® of Chicago.  The Stradivari Society® is a unique organization that supports the very highest level of string playing by assisting patrons who own the most precious antique Italian instruments and choose to make them available to artists of exceptional talent and ability.