An Interview with Armand Beasley 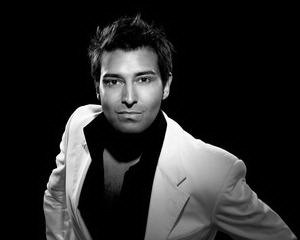 You’re one of the best-known makeup artists to emerge in Britain during recent years – how did you originally become involved in the makeup and skincare industry?
Well, I started my early career as an actor and had just come off-tour from a Shakespeare production to my home city of Manchester. I needed to make some money and got talking to someone who worked for Clinique. She told me about a position which had become available at one of their cosmetics counters. I had experience of retail so thought, why not? I took the job and quickly developed a natural spark for it.

How did your career progress from there?
A turning point came when an undercover reporter from a leading glossy magazine set out to find the country’s best in-store makeup artist and I was given an amazing 9/10! This was in the days when all makeup had to be applied using a cotton bud, without the added help of brushes!
This took my career a step further and, from Clinique, I went on to work for Yves Saint Laurent followed by Givenchy which I worked for as a national make-up artist.

Your career as a beauty guru and leading makeup artist has taken you into the world of television and media – how did this come about?
My work with Givenchy involved a lot of interviews and fashion shows and, soon after, House of Fraser asked me to become one of their personal beauty advisors – one of just two in the UK. I was based in Manchester and the role attracted a lot of national press, local TV coverage and appearances on Sky TV as a beauty expert. I was then invited to make regular appearances on GMTV in year 2000.
At that point I turned freelance and launched Armand International Ltd (www.armandinternationalltd.com). Since then I have worked on a lot of TV projects including Channel 4’s How to Look Good Naked and Ireland’s popular RTE programme The Afternoon Show and Fake Over which I developed for Discovery’s Home and Health channel.

Tell us a little more about the inspiration behind your television work.
I’m a great believer in beauty being accessible rather than elitist. For me, it’s not what you wear, but how you wear it. I really enjoyed being a part of lifestyle programmes such as LK Today on GMTV and I was very fortunate to be able to work on the Oscars.
But my real passion is for the woman in the street such as a slightly neglected mother, maybe a single mother or someone who is over-worked and might have lost their identity. My passion is to help women find their true identity and make the most of what they have.

Do you contribute columns in the printed press as well?
My TV work came first but then magazine and newspapers followed quickly. As a local personality, I was offered a lot of work on the Manchester Evening News for which I had my own column, as well as work on major weekly magazines such as Closer and Now, and monthly titles such as She and Red.

You’ve made several television appearances as an actor – how did this come about?
Acting is my first passion and, as I mentioned, it’s was my initial career choice. I was speaking  one day to my friend, Sally Lindsay (Shelly from Coronation Street), and she suggested I spoke to her agent. I auditioned and enrolled on her books. I was then offered roles in Emmerdale and Cutting It. I then changed agent and was offered work on The Chase, and then Coronation Street.
I am now with the Back Door agency (www.back-door.co.uk) and have just done my first BBC radio play. Back Door has some fantastic people on its books and I am very excited to be a part of it. Acting is something I definitely intend to focus on in the future in addition to my career as a makeup artist.


Tell us more about your portfolio of celebrity clients. Do you work with them on a private basis as well as glamorous photo shoots?
I’ve worked on a lot of red carpet events, premieres and photo shoots but I also have a lot of celebrity friends such as Angela Griffin and Shobna Gulati who I provide makeup for. I also provide the makeup for a lot of fitness videos including Angela and Zoe Lucker’s who played Tanya in Footballers’ Wives, Charlie Brooks and Natalie Cassidy. So I’m rooting for either Natalie or Zoe to win Strictly this year!

Which famous stylists and hairdressers have you worked with?
I’ve been fortunate to work with the best hairdressers: Trevor Sorbie, Mark Hill, Nicky Clarke, Beverly C, James Galvin, Charles Worthington, Andrew Collinge, Dar…. and I’ve worked with some amazing stylists such as Gok Wan from How to Look Good Naked, GMTV’s Mark Hayes, Channel 4’s Nicky Hambleton-Jones and Rachel Fanconi who styles for top publications like Hello and OK!

Do you attend many social and charity events?
Yes, it’s great to get to go to all the parties and awards ceremonies such as the Oscars, the BAFTAs, TV Quick and Soap Awards. I am an ambassador for the Special Olympics and recently attended the opening ceremony followed by a special prize-giving at the end of the games where I teamed up with some celebrity friends to offer a special prize which included a  make-over by myself, hair by Mark Hill and an overnight stay in a 5 star hotel.
The Special Olympics provide year-round sports training and competition in a variety of Olympic-type sports for people with learning disabilities giving them the continuing opportunities to develop physical fitness, demonstrate courage, experience joy and participate in a sharing of skills, gifts and friendship with their families, other Special Olympics athletes and the community. (www.sogb.org.uk)

Finally, what are the secrets to true beauty?
Firstly, make sure you go to bed an hour before midnight and get at least seven to eight hours sleep. Drinking 2.5 litres of water each day will really help to improve your complexion. I always recommend Willow Water which contains salicin – a natural anti- inflammatory element which is contained in lots of skincare products and helps with the natural exfoliation of the skin.
Cleansing and moisturising: never go to bed without cleansing as makeup can clog up the pores and prevent the natural exfoliation of the skin. Cleanse in the morning also with a good product such as Origins or Khiels. Another excellent product is Sisley’s All Day All Year which you wear over your moisturiser and offers 90% protection for eight hours. Biotherm’s Hydrasource line offers intense hydration and is plankton-based and quite natural –  another great range for healthy and radiant skin!