Will Ferrell Named the Most Overpaid Star 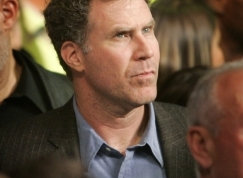 
Being on a Forbes is usually really flattering, but Will Ferrell got the short end of the stick when he was named the most overpaid star by the magazine.

The magazine calculated how much studio bosses earn per dollar paid to the actor, and clearly, they're overpaying Will. After Will's last few movies bombed at the box office, his rate of return dropped to $3.29 for every dollar he requested as his fee.

While Will was named the most overpaid star, actor Shia LaBeouf was named the "Best Actor for the Buck" making studio's $160 for every dollar he was paid.