Who has had the Most Hits??? 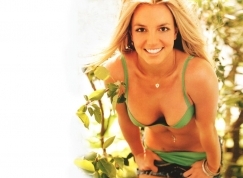 
The 1999 hit “Baby One More Time” first rocked Britney Spears to stardom and since 2000, Britney has received more online hits than any other public persona, be it Brad Pitt, Madonna, royalty or world leaders, according to Ask Jeeves.

Nadia Kelly spokesperson for Ask Jeeves said "Britney Spears began the decade as a fresh-faced new superstar on the block and has remained as high profile ever since."

The star has sold over 85 million records globally and the trials and tribulations of her life have been public fodder.  Her divorce to Kevin Federline and the ensuing fight for custody of their children, shaving all her hair off and being admitted to a psychiatric ward hitting headlines worldwide.