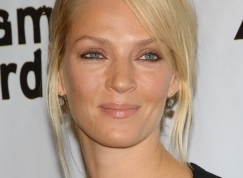 
Uma Thurman reportedly split from French financier Arpad Busson because she was tired of him trying to take over her life and telling her what to do.

The relationship allegedly turned sour when the 47-year-old businessman decided he wanted to make drastic changes to Uma's lavish homes without even consulting her.

A friend of the actresses told the New York Daily News newspaper: "It seemed like he always wanted to run the show. He wanted to bring in his own chef and his own security. He'd talk about redesigning her house in the city and knocking down buildings at her place upstate."

It had been reported that the couple ended their year-long engagement almost two months ago after a row about money.