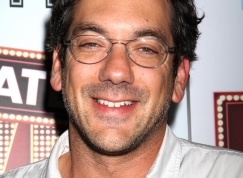 
While the entire world is counting Tiger Woods’ mistresses, one man is hoping he can help rebuild the shamed golfer’s image. The Hangover director Todd Phillips wants to cast Tiger Woods in the sequel!

Phillips said, "We are going to try and get Tiger Woods for the second one...Yeah help him regain his image." They say comedy is the best cure for anything, even scandals. “Mike (Tyson) loved doing the Hangover because he loved fucking with the image people had of him. He knew we were not making fun of him but of the image people projected on him.”

Although Philips may have been joking, Justin Bartha (Doug in the movie) says there is a possibility it can happen. “If Todd says it thus will happen…might happen, you never know.”

“That would be so hilarious. Sounds brilliant,” gushed actress Heather Graham. But she did confess that she was surprised to hear about Tiger’s scandalous ways. “Yeah it’s so weird, he seemed so clean cut in all his pictures.”

Phillips is currently writing the highly-anticipated sequel to The Hangover.. "We are writing it right now, it’s not coming out for a bit. We want to shoot it over the summer."