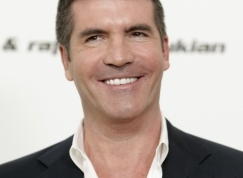 Cowell told reporters Monday, “The X Factor will launch in 2011. Because of that, this will be my last season on American Idol.” According to a press release, Simon will be both the executive director and judge of the American version of the show.

Many are speculating that Paula Abdul, who left Idol over the summer, is being considered as a judge for X Factor. Simon just added fuel to the fire, telling reporters, “I adore Paula. Whatever happens, I will be working with her in some capacity. Because I miss her.”