Racist ordeal for Leona Lewis and her father 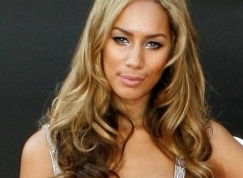 
X Factor winner Leona Lewis and her Guyana-born father Joe were ordered from a shop in London because of his race.

“Bleeding Love“ star Leona (24) who was buying photo frames, said: “This woman told us, ‘get out of my store right now’. I asked her ‘are you joking?’“ But the sales woman was serious and told she didn´t like the look of Leona´s dad.

“She was implying we were trying to steal stuff.” told Leona. The woman shouted at Leona in front of other customers, but despite being in tears the singer refused to leave.

“I was so angry my dad had to drag me out of the shop. I’d never experienced anything like that. Being judged by the colour of your skin is horrible.”

Two weeks ago Leona was punched at a book signing by a crazed fan rejected at an early stage in the X Factor auditions.