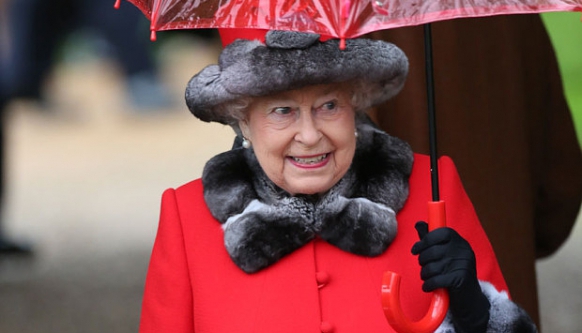 In her 90th year, the Queen is still busier than royals in their thirties.

She is almost three times their age, but the Queen put the younger generation of the Royal family to shame last year by carrying out more engagements than the Duke and Duchess of Cambridge and Prince Harry combined.

In contrast, the Duke and Duchess and Prince Harry managed only 198 engagements between them in the UK and 94 abroad.

The Duke of Edinburgh, who will be 95 this year, managed 217 engagements at home and 33 abroad.

The Duchess of Cambridge spent much of the year on maternity leave after the birth of Princess Charlotte in May, and did not travel overseas.

Prince William, meanwhile, started a new job as an air ambulance pilot and Prince Harry was a full-time Army officer until June, when he ended his active military career and took a sabbatical in Africa, where he spent the summer working alongside conservation experts.

The Prince of Wales also outdid his children, undertaking 380 engagements at home and 147 abroad.

But even his busy schedule could not match that of his sister, the Princess Royal, who carried out 456 engagements in the UK and 88 overseas, living up to her reputation as the hardest-working member of the Royal family.

Of the younger generation, Prince William, 33, was the busiest, carrying out 87 engagements in the UK and 35 abroad, with Prince Harry, 31, notching up 49 at home and 59 abroad and the Duchess of Cambridge, 33, appearing 62 times, all in the UK.

In another memorable year for the Queen, she made overseas visits to Malta for a Commonwealth summit and to Germany, where she went to the site of the Bergen-Belsen concentration camp.

On September 9, Her Majesty became Britain's longest-reigning monarch when she surpassed the record held by her great-great grandmother Queen Victoria, and last month the sovereign was named The Daily Telegraph's Briton of the Year.