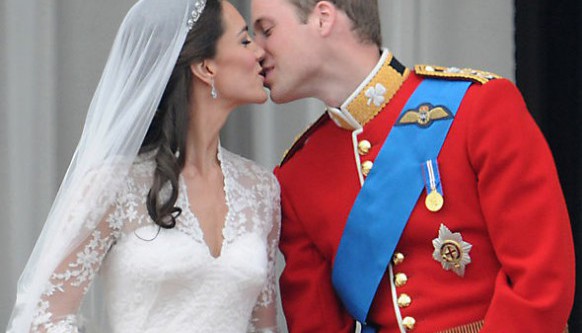 Duke and Duchess of Cambridge are set to celebrate five years of marriage on April 29, 2016. Here is a look back at their married life.

Prince William and Kate tied the knot in 2011 to the delight of royalists and the British public.

Here is a look back at their relationship and marriage over the past five happy years.

The love story of William and Kate began while the pair were studying together at St Andrews University in Scotland.

This Middleton family photo shows that the couple were very much in love on graduation day after meeting four years earlier.

The world watched as Duke and Duchess of Cambridge kissed twice on the balcony of Buckingham Palace after their lavish wedding.

Half a million well-wishers gathered outside the palace to catch a glimpse of the newlyweds as RAF planes soared overhead in celebration.

The proud new parents were seen smiling broadly as they left St Mary's Hospital with their newborn baby, Prince George.

The charming Prince George is third in line to the throne after his father William and his grandfather Prince Charles.

Prince William was seen carefully carrying their newborn baby girl to their car outside the hospital before the couple drove home to Kensington Palace.

The young princess cannot be displaced in the line of succession by any younger brothers thanks to changes to the law in 2015.

The happy family pose for a photograph in the ground of their London home Kensington Palace.

The royal couple also stay at Anmer Hall, their 10-bedroom country bolthole on the Queen's Sandringham estate in Norfolk.

William and Kate look at each other lovingly during a game drive at Kaziranga National Park in Guwahati, India.

The couple left their children behind for a colourful week-long royal tour of India and Bhutan in April.