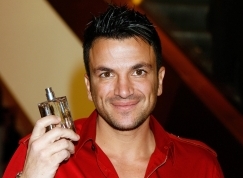 
The singer - whose marriage with glamour model Katie Price ended in May last year - admitted the frequent attacks got so bad, he thought about ending his life and credits the love of his family for saving him.

He said: "Did I think about ending my life? You can have thoughts like that and I'm not going to lie, there were times when it was so bad that I thought, 'Am I better off?' But you have to look at what's around you. My family were my entire life and I thought, 'How are they going to live the rest of their lives?' That's what stopped me."

The 36-year-old star ended up in hospital after suffering a breakdown 10 years ago, but this only made him worse because he convinced himself he was even more ill.

He explained to Britain's OK! magazine: "They didn't know what was wrong with me, but they soon realised that all I had was a breakdown.

Despite sometimes still suffering from the panic attacks, the reality TV star - who has children Junior, four, and Princess Tiaamii, two, with Katie - insists he won't let himself fall so low again.

He said: "The last time I had a panic attack was three months after my break-up and the stress just built up and hit me. You think you're having a heart attack. No matter how many times you've had it, every time you think, this is it, I'm going to die. Because of my kids these days I can't be anywhere I can't control.

Peter Andre to release a book of photos

Peter Andre Is NOT Over Jordan (1)

Dad of the Year Peter Andre