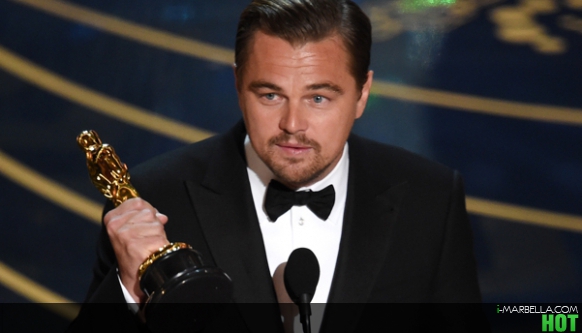 
Leonardo DiCaprio has finally won his first Oscar for survival epic The Revenant, after six nominations.

Spotlight took home the best picture Oscar with Mad Max: Fury Road picking up the most awards of the night, with six accolades.

DiCaprio received a standing ovation as he picked up his award, after five acting nominations and one nomination as producer of Best Picture nominee Wolf of Wall Street.

He thanked his director and co-star Tom Hardy for his "fierce talent on screen" and "friendship off screen" before campaigning for action to combat climate change, saying making The Revenant was "about man's relationship to the natural world".

It is 22 years since he was first nominated for an Academy Award, having been nominated for best supporting actor for What's Eating Gilbert Grape.

Speaking to reporters after his win, DiCaprio said: "I feel very honoured (...) this has been an amazing experience, to sit there and talk about the film."