No more Pirates for Orlando Bloom 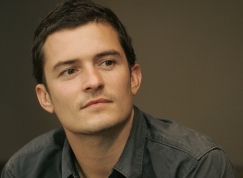 
Actor Orlando Bloom has confirmed he has quit the Pirates Of The Caribbean film franchise. The Brit played Will Turner in the first three movies but he won't be a part of a planned fourth film, which will start shooting this spring in Hawaii.

Co-star Keira Knightley announced her "pirating days are over" in 2008, prompting speculation that Bloom would walk the plank behind her. And now he has revealed he will not be starring alongside Johnny Depp in 2011's Pirates of the Caribbean: On Stranger Tides.

He says, "I think Will is sort of swimming around with the fish at the bottom of the ocean. I had a great time making those movies. I just really wanted to do different things."