New Bond Movie Will Be in 3D? 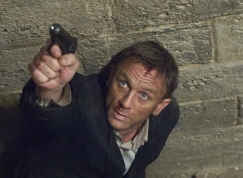 
According to reports, the next installment in the British spy movie franchise has been delayed because the movie bosses want the next flick to be in 3D!

An insider said: "The 23rd Bond movie has been put back a few months and that has given them the time to prepare to film it in 3-D. Everyone involved in the project is really excited because it will take the franchise in a new direction."

Producer Michael G. Wilson previously said: "Our timeline's a little up in the air, so we have to be flexible. We just don't know enough about the situation to comment, but we know it's uncertain."