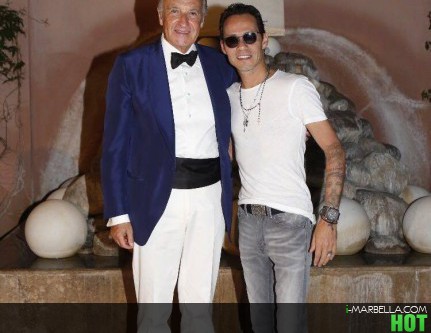 The artist very much enjoyed this year's experience at the San Pedro Football Stadium.

He was also spotted at the famous Villa Padierna in Marbella where he was staying overnight.

Watch the video for the thrilling Live in Marbella 2016 experience!

The two-time Grammy and five-time Latin Grammy winner has sold more than 12 million albums worldwide. He is best known for his Latin salsa numbers and ballads. Anthony has won numerous awards and his achievements have been honored through various recognitions.

He was the recipient of the 2009 Congressional Hispanic Caucus Institute (CHCI) Chair's Award. He also received the 2009 CHCI Chair's Lifetime Achievement Award on September 16, 2009. He holds the Guinness World Record for best-selling tropical/salsa artist and the most number-one albums on the Billboard Tropical Albums year-end charts.