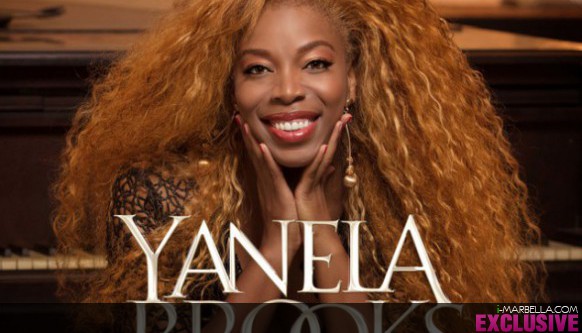 
Yanela Brooks making history again! The Cuban resident in Marbella proposed the "Top of Cuba" Project on May 27, 2019, at the hotel Bahia KEMPINSKI where she will share her talent with the most significant and popular Cuban orchestras to bring the sound traditions of the Caribbean island to every corner of the world!

One of the most important productions of all times in Cuba by our diva Yanela Brooks.

The 'Top of Cuba' initiative has as its fundamental purpose to promote Cuban popular music internationally and to establish a bridge and musical union between countries around the world, starting with Spain, which the artist considers to be a fundamental part of her career, as it has offered her the opportunity to take Cuban culture everywhere.

The new hit has been released worldwide in Amazon, iTunes, Google Play.

The exclusive PREMIER for international press media was sponsored by the best hotel in Cuba HOTEL KEMPINSKI HABANA company KEMPINSKI where Yanela was exclusive artistic image during 3 years in hotel Bahia KEMPINSKI.

Yanela began her piano career at the "Conservatorio de Música de Samuel Manuel" when she was only 7 years old and continued to receive her classical training at the best music academies in Cuba. From a very young age, she created the group 'Yanela y las chicas del Sabor', which defended Cuban sonorous traditions. She was the director and pianist. ''I always had an interest in jazz instilled in me by the maestro Jose Luis Cortés and I tried to insert it in all the songs".

In 2012 she participated in La Voz España, in the first edition. That became a great event, not only in Spain but also on the Latin stage. After that, I had the privilege to be welcomed in his record label Alejandro Sanz y Pepe Barroso. They released an album that was a great success in Europe, then we did a tour of two and a half years, in front of thousands of people in each concert.

For several years Yanela had the idea of making a project that would bring together the best orchestras in Cuba, which was difficult to do because of the difficulty of bringing them all together. Today "Tops of Cuba" is a dream come true, an album that will come out soon, travel the world and compete for a Grammy Award.

Big Kudos to Yanela Brooks with this new incredible project 'Top of Cuba'.