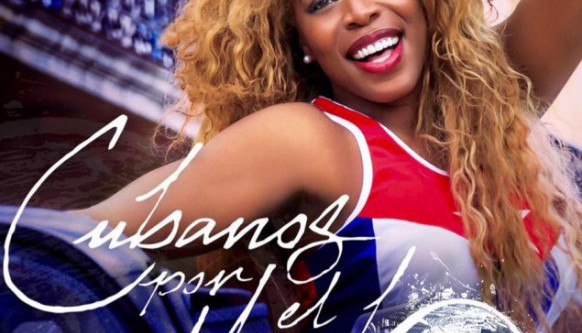 
The famous Cuban singer from Marbella has recently released a new album and is currently on tour.

The new album entitled Boleros, Nostalgia y Algo Mas is very special. Above all, it is a tribute to Yanela's Cuban roots. It is a kind of a return to the starting point and a thank-you to everyone who helped the singer get to where she is now.

The No Existe Melodia Tour has already taken Yanela to Spain (including Marbella), Portugal (Lisbon), and Maldives.

The Pianist, Composer, Arranger, and Singer Yanela Brooks was born into a family of musicians.

Yanela was invited to perform in Madrid representing Latin music in Spain with La Comercial Cubana and Sabor Havana. She was the protagonist of the Musical Bolero with Rafael Basurto, leader of Los Panchos, performing throughout Spain. She was featured as the composer of the soundtrack Tú no eres nada for the Spanish feature film Tangier alongside Antonio Resines, Ana Fernández, and Jorge Perrugorria.

In 2012, the Cuban diva participated in the Spanish version of The Voice, La Voz, where her performance of Tina Turner's Proud Mary became one of the most talked about in Europe. She has worked with producers like Brian Cross, Fruity Nelly as well as Inna and Monica Naranjo. Her latest collaboration has been with composer Peter Bostrom, winner of Eurovision 2012 with Euphoria, he composed her first single Mondays that settled in the top ten of iTunes and Spotify in just one day.

On December 5, 2012, Yanela was chosen to sing Spain's national anthem with lyrics by Jon Juaristi in front of more than 30,000 people on Plaza de Colon in Madrid.

With her versatile talents, she has performed across the globe as well in front of European royalty and other international figures, such as Quincy Jones, Amaya Zwaroski, Chris Tucker, Isabel Presley, Beatrice de Orleans, and others.

Collaborating with Jesus Quintero, she distributed her first DVD, highlighting her top performances on Spanish TV. In addition, she has participated in various musicals.

Her second DVD recorded at Puente Romano Beach Resort and Spa is the official tribute from Marbella to Michael Jackson, in which Yanela delights us with classical soul, disco, rock, and Latin music.