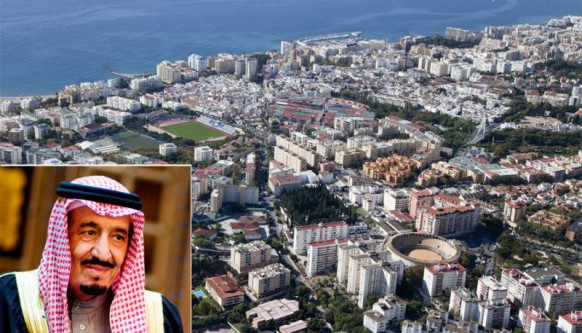 
The King of Saudi Arabia has vowed to stay away from Spain after police held his family at gunpoint while dining in Marbella.

They then swooped on a second eatery where Abdullah’s daughter, Princess Susu, was celebrating her 17th birthday.

Prince Abdullah has complained to the Spanish Interior Ministry, describing “the humiliating treatment by police to my family and entourage in the Finca Besaya and El Ancla restaurants.”

A Saudi Royal House member since the 1980s present at Finca Besaya said he had never seen police behaviour like it.

“They treated us as if we were terrorists, pointing weapons at us, and Princess Susu, the king’s granddaughter, cried in terror.

“King Salman no longer wants to come to Spain and will make sure that his children don’t want to visit Marbella either,” he added.

“These people spend an average of €15- 20,000 per day when they are in Marbella. This is the type of tourism that they should be taking care of.”

The police action came after a probe revealed four royal family security team members did not have professional qualifications.

The National Police press department said both operations were carried out “without violence or intimidation… the Territorial Security Unit was pursuing an irregularity in terms of false security guards.”

Saudi King Went to Côte d'Azur Instead of Marbella