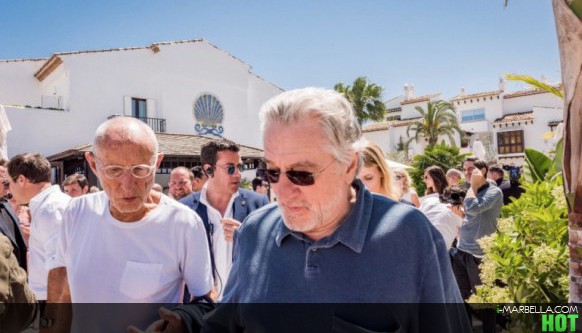 The Sake Ceremony is a special Japanese tradition that marks down the official opening of the Nobu Hotel. This tradition consists on after filling a barrel of sake with a branded Nobu special sake, the Co-founders break the top barrel with wooden mallets. Next, to that, the sake is served to toast with all people part of the ceremony as a sign of good luck.

In fact, the sake ceremony comes from a Japanese tradition called ‘kagami biraki’ where the word 'Kagami' means “mirror” while ''biraki'' means “to open” so Kagami biraki means “opening the mirror”. But what does that mean?  The Kagami-biraki ceremony is traditionally only performed at celebratory events in which the lid of the sake barrel is broken open by a wooden mallet and the sake is served to everyone present. Because of the lid's round shape, the Kagami is a symbol of harmony. The Kagami-biraki, therefore, represents an opening to harmony and good fortune. And what about the “opening the mirror” meaning? This is because the sake barrel has around lid and base, so when you open it, you can see the round surface of sake which is said to resemble the moon.

Now getting back to Nobu Hotels, this business alliance between the actor Robert de Niro and the Japanese chef Nobu Matsuhisa made a very important step, this time in Marbella with the opening of a hotel designed for relaxation, tranquility, and luxury. As of today, they have managed to open 39 restaurants and seven hotels spread over five continents.

Currently, the Nobu Hotels have commercial establishments around the globe, to mention a few, in London and Ibiza, and planning to open one in Barcelona at the end of this year or early 2019. The Nobu Hotels seeks locations to settle in Madrid, Portugal, Riyadh, Chicago, Toronto, Sao Paulo, and Atlanta. "The Nobu aim is to continue expanding its development pipeline," said Nobu members.

The inauguration, as well as the sake ceremony, was held at the new Hotel Nobu on the Marbella Golden Mile, located inside Puente Romano, one of the most exclusive areas of the Andalusian town. Where the owner Daniel Shamoon was also part of the ceremony.

Worth to mention that Robert De Niro expressed his appreciation for being again in Spain a place he enjoys visiting. Even though the American is currently very active in the hostelry business, his career as an actor still on the go if we recall his latest project, where he has worked under the direction of Martin Scorsese in the film 'The Irishman', which premiere is scheduled for next year.

Check out below the gallery of this very unique and traditional ceremony!