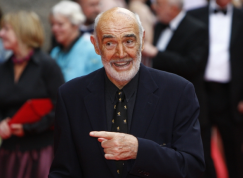 
A court in Marbella will look into companies linked to Scottish actor Sean Connery in the ‘Goldfinger’ case.

Malaga Provincial Court has confirmed that Malibu SA and By the Sea can be investigated by the Marbella court and the investigation does not have to be carried out by a Madrid court. Operation Goldfinger investigations focused on the sale of the Marbella villa owned by Connery and his wife Michelle Roquebrune, both of whom have been charged, and the subsequent construction of 70 apartments.

The case was opened in 2007 by the Anti-Corruption Prosecutor, and focused on three agreements, one signed in 2000 by the former mayor of Marbella, charged in the Malaya corruption case, Julian Muñoz, and the Malibu society, which owned Connery’s villa.

The lawyers Diaz-Bastien & Truan, who handled Connery’s business while he lived in Spain, are said to have negotiated the reclassification of the land with the late Jesus Gil and former urban planning councillor Juan Antonio Roca, also charged in the Malaya case. Police raided the offices of the Diaz-Bastien & Truan law firm in Marbella and Madrid and took possession of 30,000 documents.

MarbellaTown Hall lost an estimated €2.7 million through these operations. It is estimated by the Tax Agency that the whole operation produced €53 million in benefits for the 20 people involved in the alleged crime network.

Connery and his wife were ordered to appear in court to give evidence, but he claimed his health prevented him from attending from his Caribbean home. They lived in Puerto Banus from the 70’s until the late 90’s in the beachside mansion called Malibu.  They sold the property in 1998 and luxury flats were built on the land. The flats currently cost between €1.4 and €2.2 million.