Avicii Postponed Due Sickness! Tonight AN21 at Olivia Valere! 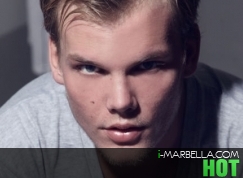 Avicii is postponed due sickness until next Tuesday 6th of August. Tonight AN21 will be playing at Olivia Valere!

BIGSTAGE is so sorry to inform that Avicii's show has been postponed to Tuesday 6th August due to sickness.

But the replacement name for tonight 30th July is AN21!
Antoine Gabriel Michel Haydamous Josefsson, who is Steve Angello's brother, is a DJ and a producer who goes by the name AN21. Together they have released the tracks "Valodja", "Flonko" & "Swing N Swoosh". He loved music since his childhood, but the club culture was unappealing to him. After he turned 18, he bagged an opportunity to perform at one of the greatest Swedish night clubs and continued to get his own club nights at prominent venues in the years that followed.

Throughout 2010, he had been heating up the party air at some prominent venues like Global Gathering and Mysteryland, Ministry of Sound in London, Zouk in Singapore, Pacha in Spain, and Avalon in LA. Zane Lowe of Radio One tagged his remix of Pendulum’s “The Island” as the world’s hottest track. This track, a collaborative venture with Max Vangeli and brother Steve, appeared on the third position in the global Beatport chart. The Top 100 DJ Poll included his name in the “top 5 DJs to watch in 2011”. He was also nominated as the “Breakthrough DJ” at the International Dance Music Awards (IDMA). The list of his discography includes popular tracks such as “Valodja”, “People of the Night” (Mixes), “Flonko”, “Swedish Beauty”, and “Gama”.

Next one after AN21 is ERIC PRYDZ on Thursday 2nd of August!

Avicii is coming to Marbella 6 August!