Madonna to Rap on Next Album 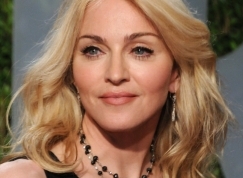 
Madonna is reportedly hard at work on her twelfth studio album, and it seems she’s working on creating a brand new sound than what we’re used to hearing from her.

One of the producers on the project is Brendon O’Brien, who’s worked with both Bruce Springsteen and Pearl Jam. Sources say the album will incorporate rock anthems, rap and club beats. According to various Madonna fan-sites, David Guetta is also working with Madge!

David Guetta seems like the guy to work with right now. He’s responsible for the Black Eyed Peas latest album, as well as two of the biggest hits of the year, “Sexy Bitch” featuring Akon and “When Love Takes Over” with Kelly Rowland.