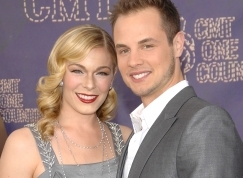 
Country star Leann Rimes' marriage is officially over - her husband has filed for divorce.

Dean Sheremet filed papers on Thursday (17Dec09), asking the singer to pay spousal support plus all attorney fees and costs.

Sheremet wed Rimes in 2002. They separated in July (09) after months ofspeculation about marital problems. Rimes released a statement announcing their split, stating, "This decision was amicable and we remain committed and caring friends with great admiration for one another".

The marriage ended after Rimes started an affair with actor Eddie Cibrian, who has since split from his wife, Brandi Glanville.