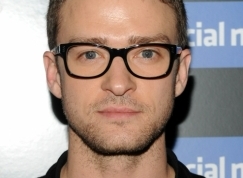 
According to The Sun Justin Timberlake has turned his SexyBack on music to focus on acting.

Here, in tragically pretentious terms, he explains why: "Does a painter make a painting because he has to make it by December 21? No, he doesn't. It happens when it pours out of him. That's how music is for me.

"I don't know in what capacity I want to be involved any more... all I'm saying in simple terms is, I'll know when I know. And until I know, I don't know when I'll put another album out."

The singer, who has worked with Madonna and 50 CENT in the past, hasn't released an album since 2006.

He plays Napster founder Sean Parker in new film The Social Network and told a US mag he was so desperate for the part that he offered to audition "butt-naked". If he has to strip to get a role as a computer geek, he might be better off singing.