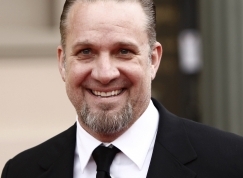 
Already three mistresses have come forward claiming they had an affair with Sandra Bulloc´s husband. Now, former employee of Jesse James says she was forced to have sex with him.

McClung said she and other female employees were sexually harassed, even after she told him she wasn’t interested. She told reporters that in October 1999 James forced her to perform oral sex on him.

“There was nothing I could do,” McClung told the reporter. “He told me, ‘You wanted this. You know you had it out for me for months.’” She says he then threatened her not to go to the police and locked her up at West Coast Choppers overnight. She also mentioned another incident in which he attempted at having sex but was interrupted.