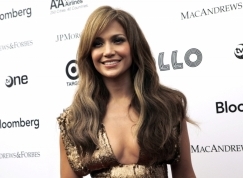 
Jennifer Lopez has officially been offered a gig on American Idol!

An industry source tells People that the singer-actress has closed a deal to become a permanent judge on American Idol's season 10. “It’s true,” says one insider. “She’s excited about it.”

According to another source, Lopez’s longtime manager, Benny Medina, orchestrated the deal. And J.Lo isn't the only offered a gig. Steven Tyler from Aerosmith was also offered a job!

This comes just one day after Ellen announced she's leaving American Idol for good. “It was a difficult decision to make, but my work schedule became more than I bargained for," she said on Thursday.