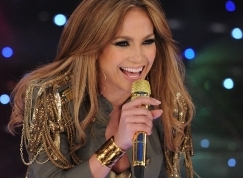 
J.Lo and her record label, Sony Music Epic Records are parting ways. Lopez has been with Sony for the majority of her singing career so this is a big surprise.

“Sony Music execs aren’t sure who her audience is anymore,” a source told Deadline.

Her manager Benny Medina, confirmed the split from the label stating that it was the right time to party ways. “Jennifer had a wonderful relationship with the Sony Music group, and they have shared many successes together, but the time was right to make a change that best serves the direction her career as an actress and recording artist,” he said in a statement. “She is grateful and appreciative to everyone Sony for all that they accomplished together.”

Lopez has been going around promoting some album she has coming out, but that album doesn't have a release date anymore due to the departure. She is currently in talks with bosses at Island Def Jam in L.A.