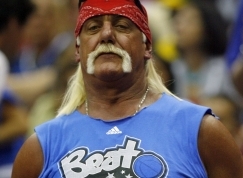 
The ex-wrestler and his own reality-show star Hulk Hogan (56) is returning to the profession. Hogan is coming out of retirement to join TNA Wrestling.

"I'm thrilled to be jumping back into the world of professional wrestling," said Hogan. "My fans have been asking me to return to the business for many years on a full time basis, but the timing or the opportunity has never been right until now."

For years Hogan was the best-known performer for World Wrestling Federation and World Championship Wrestling. Hogan had a fairly successful VH1 reality series, "Hogan Knows Best," which concluded in 2007.

Hulk Hogan Has Back Surgery