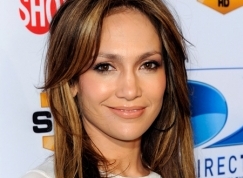 
Jennifer Lopez has reportedly agreed a $12 million deal to be a judge on 'American Idol'.

The singer-and-actress has been in negotiations with show bosses about joining the panel following the departures of Simon Cowell, Ellen DeGeneres and Kara DioGuardi. It has been claimed by Deadline.com that Lopez was asking for $15 million to star on the series plus a guaranteed motion picture deal and a number of TV pilots from the companies which produce 'American Idol' - Fox, Fremantle, and 19 Entertainment. However, her demands for a film and TV programmes were refused. An insider said: "She was angling for an overall deal at Fox, including a put picture, to keep her movie career going. But Fox said no."

Lopez's manager Benny Medina arranged a meeting between the 'Jenny From the Block' singer and producers in June and she accepted the judging role in July. She was also allegedly approached by Cowell to be a judge on the US version of his programme 'The X Factor' which will air in autumn 2011 before committing to 'American Idol'. A source revealed: "I think it was just positioning. In the end, she didn't turn up her nose up at $12 million."

The 41-year-old star - who was dropped by her record label Sony Music Epic Records last year - has also allegedly asked 'American Idol' bosses to delay announcing the new judging line-up until later this month to coincide with the release of her new single, her first release on Island Def Jam. Aerosmith singer Steven Tyler is also believed to be joining Lopez on the panel.