How Eva Found Out Tony Was Cheating 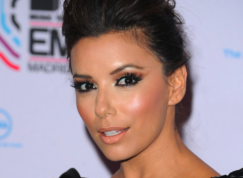 
New details have come forward on how Eva Longoria busted her cheatin’ man Tony Parker…someone was snoopin’ around!

A source tells RadarOnline.com Eva found the texts in a part of Tony’s phone that he had been keeping private. “Tony had Erin’s personal information stored in an electronic program that only he could access,” says the source. “But one day he forgot to close the program and that’s when Eva found it. It was a double shot for her because not only did she find all the information but Eva also realized immediately that Tony had taken steps to hide it from her. The fact that Tony had been hiding Erin’s information and their correspondence made Eva feel like he had been lying to her for months, and basically he had been.”

“They have a long-distance marriage and that alone is not easy,” the source said. “There was already a lot of stress between them. But then when Eva discovered Tony had taken elaborate measures to lie to her she knew it was over.” Even though source are saying Tony and Erin weren’t having an affair, apparently the texts between them were super racy.

“Their text messages weren’t innocent,” says the insider. “They were way, way over the line. That’s how the whole thing started between Erin and Tony. They would go out as couples and there was a strong attraction. Then they started secretly talking to each other and then that progressed to flirting and then it got worse from there.” Sources say Tony didn’t know Eva was going to tell the press about the text messages.