Hear Michael Jackson´s "This Is It" Single 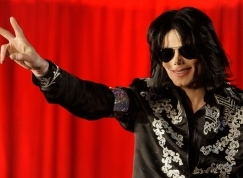 
Michael Jackson's album and movie "This Is It" won't be released until near the end of this month, but you can now hear the unreleased single of the title song HERE .

The newly available single "This Is It", which will play over the end credits of the upcoming concert film of the same name, is a classy and classic piece of crooning that features the late singer's brothers on backing vocals and an easy finger-snapping beat. "This Is It" was offered for free online streaming at Michael Jackson's Web site and it will also appear on a two-disc CD out on Oct. 27.

Sounds pretty great. What do you think?