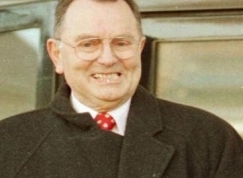 
Yves Rocher, founder of a global cosmetics empire that carried his name and pioneered the use of natural ingredients, died in Paris on Saturday, a spokesman for his company said. He was 79. The cause of death was not disclosed.

Rocher, who started out selling haemorrhoid ointment through classified ads in a popular French magazine, founded his eponymous company in 1959, basing its growth on the idea of "beauty from plants" and selling by mail order. The Yves Rocher Group now operates in around 30 countries, with a turnover of two billion euros (2.8 billion dollars) a year, around 15,000 employees and nearly 2,000 retail outlets.

Julia Roberts is the new face of Lancôme (2)

Julia Roberts is the new face of Lancôme (2)