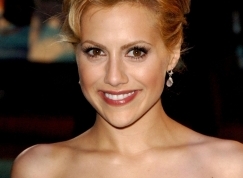 
Actress Brittany Murphy (32) died early this morning after she went into cardiac arrest and couldn't be revived, reports TMZ.

The Fire Department reportedly received a call Sunday morning from her husband, Simon Monjack. Brittany was discovered unconscious in the shower at around 8am by her mother. They immediately took her to Cedars-Sinai Medical Center where they pronounced her dead upon arrival. According to her mother Sharon, Brittany was diabetic, but it's yet to be determined if diabetes contributed to her death.

Murphy stared in such films as "Clueless" and "Sin City" and "8 Mile." She will appear in Sylvester Stallone’s new film, “The Expendables,” set for release next year.

In May of 2007, she married her White Hotel director, Simon Monjack and when asked about her New Years resolutions, she recently said, I’d love to have a child next year."