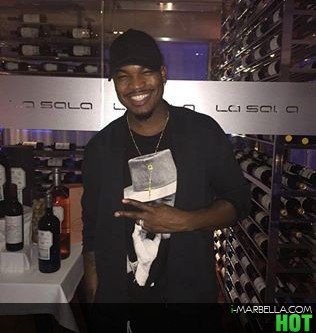 
The one and only NE-YO was spotted at La Sala Gibraltar ahead of his performance at the Gibraltar Music Festival!

Ne-Yo gained fame for his songwriting abilities when he penned his 2004 hit Let Me Love You for singer Mario. The single's successful release in the United States prompted an informal meeting between Ne-Yo and Def Jam's label head, and the signing of a recording contract.