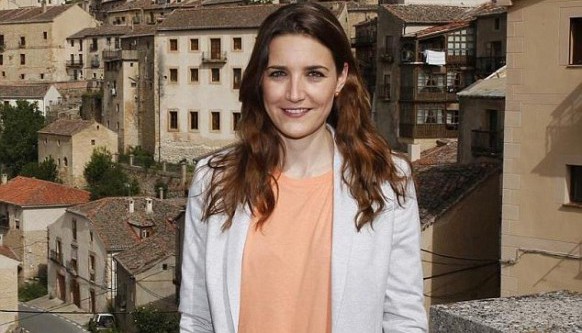 
The wife of a top bullfighter looked on in horror as her husband was gored to death during a festival in eastern Spain.

Victor Barrio, 29, from Segovia was fighting in Teruel, Aragon in eastern Spain when the bull speared him through the chest.

His wife, Raquel Sanz, 32, was in the crowd, having organised a group of supporters from their home town to attend the event.

Ms Sanz, who married Barrio in 2014, was said to be 'devastated' as she saw her husband lying motionless on the ground, according to El Espanol.

The matador was taken to hospital unconscious but doctors could not do 'anything' to resuscitate him and save his life.

He rolled to the ground in a painful somersault after the 87 stone beast caught him while he tried to deflect it with 'muletazo' manoeuvre, reports La Razon.es.

sara 12-07-2016 11:48 You should remove that post. Spanish law is searching the web to act against those people whose celebrates the death of the matador.
http://www.elconfidencial.com/sociedad/2016-07-11/victor-barrio-torero-muerto-teruel-insultos-redes-sociales_1231025/