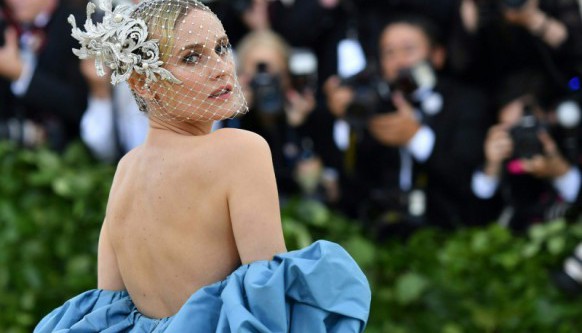 
On May 8, 2018, the famous Met Gala was held at The Met Fifth Avenue and The Met Cloisters in New York, USA.

A large-scale and internationally renowned event that brings together the most important celebrities of the moment in a tribute to fashion and art with the goal of raising funds for the Costume Institute of the Metropolitan Museum of Art of the city of New York.

This magnificent event also known as the "Oscars" of the East Coast, offers a visual spectacle, more impressive every year, which shows us the most daring face of the city that never sleeps.

The subject of this 2018 was Heavenly Bodies: Fashion and the Catholic Imagination, interpreted by a list of celebrities and designers in search of the expected red carpet and expressing in each outfit the undeniable link that exists between religion, fashion, and art.

Although the subject could be perceived as controversial, most celebrities paid tribute to the Catholic Church and how it has inspired designers for centuries.

Jennifer Lopez at the Met Gala 2018

Along with President Anna Wintour were co-chairs Amal Clooney, Rihanna, and Donatella Versace.

About the exhibit and the Costume Institute

The exhibition of the Costume Institute in the spring of 2018 presents a dialogue between fashion and medieval art of the Met collection paying homage to the constant link between fashion and devotional practices and the traditions of Catholicism in an exhibition that is possible thanks to Christine and Stephen A. Schwarzman and the Versace brand.

In the Anna Wintour Costume Institute, the papal tunic and the accessories of the Sistine Chapel vestry are displayed, many of which have never been seen outside the Vatican.

The fashions from the early twentieth century to the present are displayed in Byzantine and medieval galleries, part of the Robert Lehman wing and in the Met cloisters.

The Costume Institute's collection of more than 35,000 costumes and accessories represents five continents and seven centuries of fashionable dress, regional costumes, and accessories for men, women, and children, from the fifteenth century to the present.

Get to know more about the Metropolitan Museum of Art:

Arianna Grande at the Met Gala 2018