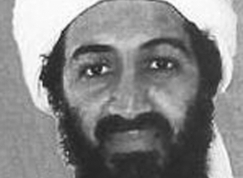 
The Spanish Government also noted that they 'did not celebrate the death of anyone'.

The Spanish Government has applauded the killing of Osama Bin Laden, as announced overnight by U.S. President, Barack Obama. Minister for the Presidency, Ramón Jáuregui, said that the Government ‘did not celebrate the death of anyone’, but described the news as a ‘very important success for freedom’.

He said that the breaking up of the head of Al Qaeda was very important, but warned too that the fight against terrorism is for the long term. He said the Spanish Government would ‘continue to collaborate intensely’ with all countries who suffer the scourge of terrorism.

The Secretary for International Policy and Cooperation of the PSOE Socialist Party, Elena Valenciano, applauded the end of ‘the symbolic leader of international terrorism’. She said that Barack Obama ‘has brought justice for the thousands of deaths on September 11, and also for the Spanish victims of March 11, as well as more in London, Morocco, Pakistan, Afghanistan etc’.

For the PP, Esperanza Aguirre said it was ‘a victory against terrorism’ and remembered the Madrid Train Bomb attacks in 2004 which she described as ‘the largest attack which has taken place in Europe’. It comes as El País today prints more wikileaks information which confirms that the September 11 attack was planned in Spain, confirming that Bin al Shinbh met with the chief of the suicide bombers in Tarragona.

Meanwhile the Minister for Defence, Carmé Chacón, has announced a security review with military chiefs on the situation of Spanish troops serving overseas. The domestic terrorist alert level has not been changed since the announcement of Osama Bin Laden’s death; it remains on level 2 (out of 4).

Interpol has warned the international community of the need to be ‘totally alert’ in the face of the possibility that Al Qaeda take reprisals to show that the organisation is still active despite the death of Bin Laden.

After a decade of grief and recovery, nation remembers 9/11