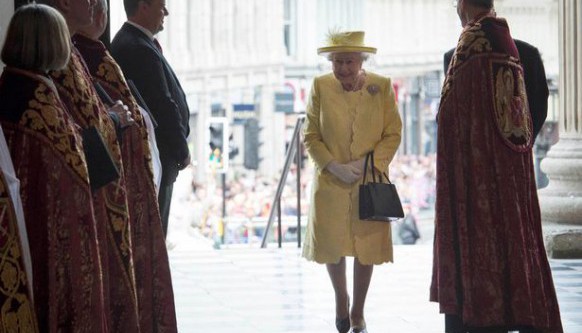 The Queen was leading the Royal Family in a service of thanksgiving for her 90th birthday yesterday -- despite her husband turning 95 today.

She was joined by The Duke of Edinburgh and her four children and eight grandchildren for the special service to mark her milestone year, which was broadcast live on the BBC.

As thousands of well-wishers gathered to cheer the Queen's arrival outside St Paul's Cathedral, Prince Philip took a back seat in the birthday celebrations during the service dedicated to his wife.

A total of 53 members of the extended Royal Family packed into the 18th century Cathedral for the service, which was also attended by dignitaries from around the world and Brits representing public service.