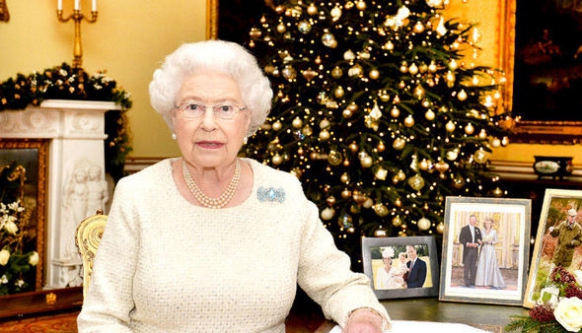 The Queen acknowledges the world has faced moments of darkness this year but describes Christmas as a time to be thankful -- especially for family -- in her annual yuletide broadcast today.

In a Christmas message to the nation and Commonwealth, this year recorded in the 18th Century Room at Buckingham Palace, the 89-year-old monarch will describe the festive period as "a time to remember all that we have to be thankful for".

Reflecting on a year dominated by headlines about terror attacks, war and those fleeing conflict, the Queen will send out a message of hope, fuelled by her Christian faith.

She will say: "It is true that the world has had to confront moments of darkness this year, but the Gospel of John contains a verse of great hope, often read at Christmas carol services: 'The light shines in the darkness, and the darkness has not overcome it'."

At the end of a year which marked the 70th anniversary of the end of the Second World War, she will offer renewed thanks for the service and sacrifice of those who took part in the conflict.

She will also give praise to "the people who bring love and happiness into our own lives," starting with family.

On her desk in the 18th Century Room -- part of the Belgian Suite where visiting heads of State usually stay at the palace -- sit photographs of some of her loved ones. There is a picture of her with the Duke of Edinburgh in country clothes, a photograph of Prince Charles and the Duchess of Cornwall taken on their wedding day in 2005, and a snap of the Duke and Duchess of Cambridge with Prince George and Princess Charlotte taken after the Princess's christening earlier this year.