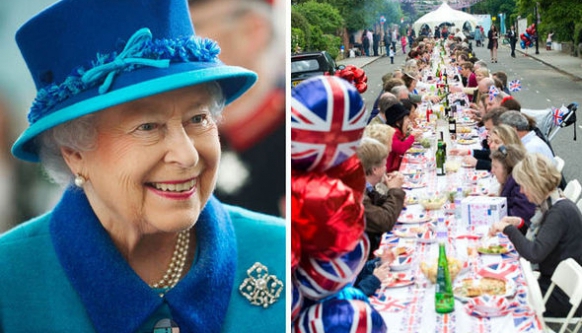 The Queen's grandson Peter Phillips has revealed tickets for a giant street party in The Mall during the monarch's 90th birthday weekend celebrations will cost £150 each.

Buckingham Palace has given its blessing to The Patron's Lunch, designed as a celebration of the Queen's long and dedicated work for 600 organisations of which she is patron, despite the cost raising eyebrows.

Officials hope, the lunch on Sunday, June 12, for 10,000 guests -- 1,000 members of the public picked from a ballot opening next month and 9,000 guests from the Queen's charities and other organisations -- will be replicated with street parties around the country and Commonwealth to mark the sovereign's landmark birthday.

The Queen and Duke of Edinburgh will watch part of the event from the royal box beside the Queen Victoria Memorial outside the palace. Other members of the Royal Family are also expected to attend including the Duke of Cambridge and his brother Prince Harry, who are joint presidents of the event.

Big screens will be set up in Green Park and St James's Park for the public to watch the show, which will follow a service of thanksgiving at St Paul's Cathedral on June 10 and Trooping the Colour on June 11 to mark the Queen's official birthday.

Princess Anne's 38-year-old son, who runs an events management firm called Sports and Entertainment Ltd (SEL UK), came up with the idea of the picnic lunch, the first ever street party in The Mall, with his business partners and will receive a fee for organising the not-for-profit event featuring a carnival parade.

He defended the cost of the tickets which will raise £1.5 million, saying: "It's not exactly a cheap exercise. Fortunately, our corporate partners have provided the funding for the majority of the costs."