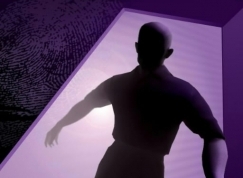 In Slidell Los Angeles, Police said a naked man who appeared to be drunk or on drugs broke into a home in Slidell, cooked and ate a meal and took a shower before leaving.

Slidell Police Capt. Kevin Foltz said a video surveillance system at the home shows that the naked man first used a garden hose to shower outside the house. According to AP News he later broke several windows, entered the house and ransacked it before cooking himself a meal, having several drinks and showering again. It happened early morning this week while the home's owner was away.

After the break-in, a relative of the naked burgler recognized him from the news. The 50-year-old Keith Potter said he was suffering from a medical problem that kept him from realizing what he was doing.