Mass Shooting at Orlando Gay Nightclub is Worst in History 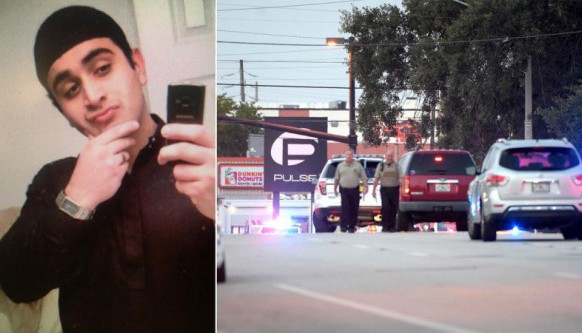 An American-born man who'd pledged allegiance to ISIS gunned down 49 people early Sunday at a gay nightclub in Orlando, the deadliest mass shooting in the United States and the nation's worst terror attack since 9/11, authorities said.

Mateen called 911 during the attack to pledge allegiance to ISIS and mentioned the Boston Marathon bombers, according to a U.S. official.

Mateen's ex-wife said she thinks he was mentally ill.

Mateen carried an assault rifle and a pistol into the packed Pulse club about 2 a.m. Sunday and started shooting, killing 49 people and wounding at least 53, officials said.

After a standoff of about three hours, while people trapped inside the club desperately called and messaged friends and relatives, police crashed into the building with an armoured vehicle and stun grenades and killed Mateen.