Spain has Most Endangered Species in Europe 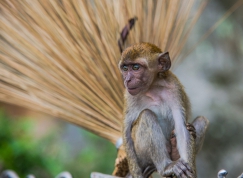 There are more endangered species in Europe than any other European country.

According to the latest Red List of Threatened Species, 552 endangered species – including the Iberian lynx and the Mediterranean monk seal – live in Spain.

The announcement comes as green groups have slammed the PP government for allowing hunting in Spain's national parks.

Generally, the situation is particularly devastating in Southern European countries, with Italy being home to 276 endangered species, and Portugal, 254.