Airbus A320 Disaster in French Alps 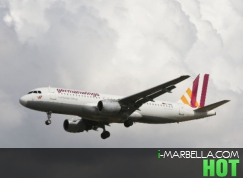 
A passenger plane owned by Germanwings travelling from Barcelona to Dusseldorf with 148 people on board has crashed in the French Alps.

Germanwings is a budget airline based in Cologne and owned by Lufthansa.

Airbus A320 was carrying a total of 144 passengers and six crew members, of them two pilots.

The French Interior Ministry said that debris from the Airbus A320 had been found near a village in the region.

The Spanish government has confirmed that 45 Spaniards were on board the flight.